Charles Goodway proved better than the strength of two as he soloed to victory in last week’s Malton Wheeler’s 2-up team time trial.  Riding alone, Goodway covered the 10 miles in 21 minutes 38 seconds to push the quickest pair of the main event, Matthew Enticknap and Colin Baldwin (22:14), into second place.  Taking third, a further thirty seconds down with 22:44, were Barry Cappleman and A Brown who held off Scarborough’s Mick Potter and Dave Priestman (23:02) to complete the podium.

The event was marred by a moment’s loss of concentration in the Malton pairing of Mark Devine and Adrian Taylor, resulting in a touch of wheels and a nasty crash for Taylor.  Fortunately, his injuries are not too serious and it is hoped that Adrian will be back in the saddle soon.

As the nights draw in, the evening racing series draws to a close with the traditional season finale the one-mile sprint, to be contested this Wednesday (26 August).  Daytime club events continue into October with the 10-mile Inter-club race against Scarborough on Sunday October 11 and the Leavening Hill Climb on the following Sunday.  Full details of both events, along with social and training rides that run throughout the winter, can be found on the Malton Wheelers’ website at www.maltonwheelersrc.co.uk.

It’s a long season for cyclists, stretching from February right through to October, and it’s impossible to remain fit for the whole year.  After a dip in form in recent weeks Paul Hickman was back to his sparkling best in Malton Wheelers’ mid-week hilly time trial.  Hickman covered the 10.5 miles in 25 minutes 51 seconds to take the win by exactly a minute.  For Colin Baldwin and Mathew Enticknap it was a case of who had recovered most from a 90-mile road race at the weekend.  The ever-surprising Baldwin came out on top with 26:51, putting clear daylight between himself and Enticknap who finished in 27:29.  Fourth place went to an improving Nick Caddy who missed out on the podium by a scant 10 seconds as he recorded 27:39.  Malton’s relatively new signing Adrian Taylor completed the top five with 28:19. 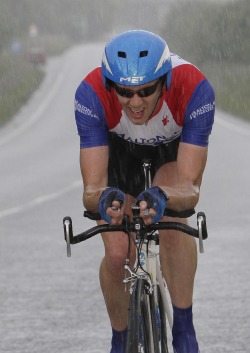 Following a string of wins Paul Hickman was finally pushed off the top spot by Matthew Enticknap in last week’s evening 10-mile time trial promoted by Malton Wheelers.  No rider has been able to dominate this season and so it proved on Wednesday as Enticknap, now back to his best after a recent injury, came home in 23 minutes and four seconds to beat Hickman by 27 seconds.  In taking the win Enticknap caught third-placed rider Colin Baldwin who had started a full minute ahead of him.  Baldwin eventually finished with 24:09, putting clear daylight between himself and close rival Gareth Taylor (24:37).  Taylor professes to dislike the time trial discipline, preferring mass-start racing, but he showed he is progressing as he edged out Scarborough’s experienced Mike Potter (24:41) to settle fourth and fifth places.

Continuing his fine run of form Paul Hickman again took first place in Malton Wheelers’ latest mid-week time trial.  Defying the cold damp conditions, which deterred many of the regular competitors, Hickman completed the 10 miles in 22 minutes 59 seconds.  Hickman’s efforts put him a clear 42 seconds ahead of Ged Kerins who, making the most of the absence of the usual fast men, slotted into second place with 23:41.  The close tussle for third place was eventually won by Matthew Enticknap (24:57) who just managed to hold off Nick Caddy (25:07) and Gareth Taylor (25:08).  Enticknap had easily started fastest of the three but, as a recent back injury started to take its toll, he faded during the second half of the race.  Although missing out on third place, Caddy made one of his best showings for some time and did well to hold off Taylor whose real talent lies in hill climbing but, as his second category road licence indicates, is no slouch on any terrain.  Scarborough Paragon’s only representative Barry Cappleman took sixth place with 25:15 and other Malton Wheelers finishing times were Duncan Humphreys (25:37), Steve Suddaby (27:22), Ian Farrer (28:08) and Andy Dixon (29:51).

Paul Hickman chalked up another mid-week victory in Malton Wheelers’ latest evening time trial promotion on the “Leavening Scramble” course.  A brisk North wind made for fast times on the straight-out course that runs from Norton up to Leavening, and Hickman made the best of the conditions recording 13 minutes 53 seconds for the six miles.  He was pushed close, however, by rare visitor Nick Harmer (14:09), who was taking a break from his usual sportive and MTB orienteering events.  Harmer is certainly the more natural climber of the two, which should have given him the advantage on this mainly uphill route, but Hickman’s ability to suffer alone against the clock is legendary and this gave him the edge.  Colin Baldwin took third place with 14:26.  Baldwin is fast becoming the least predictable rider in the Malton pack; now riding in the veteran category (over 40 years) and hardly the epitome of the halve-starved grimpeur, his characteristic super-aggressive style certainly proved effective and he pushed Matthew Enticknap into fourth place by a single second.  Fifth place went to Scarborough’s evergreen Mike Potter (14:49) who never seems to have an off day and is recording times just as good as those he was posting a decade and more ago.  The event also saw the welcome return of Malton Wheelers’ Greg Morgan (18:02) who may have felt unlucky to finish in 13th place, but could be pleased with breaking 20 mph on such a testing course.

Proving nobody is unbeatable, Paul Hickman took a memorable win in last week’s hilly 10-mile time trial, pushing Malton’s ace tester Charles Goodway into second place.  Goodway, clearly tired from a heavy training schedule in preparation for national events, was nevertheless only five seconds off the pace, coming home in 26 minutes 19 seconds to Hickman’s 26:14.  A cool, windy evening meant no records were going to be set, but the class of the top two was illustrated by the fact that third placed rider Matthew Enticknap was a full minute behind Goodway, finishing with 27:19.  The mercurial Colin Baldwin, whose form seems to wax and wane week to week, was hard on Enticknap’s heels with 27:33, while Scarborough’s old warhorse Mike Potter completed the top five with 28:23.  The difficult conditions were further underlined as the rest of the field was scattered over the next seven minutes: special mention must go to newcomers A Dixon and G Harrison who could surely have picked a better night for their first attempt on this course, but bravely finished in 35:15 and 35:19 respectively.

Making a rare return home from working abroad, Charles Goodway was head and shoulders above the opposition in Malton Wheelers’ evening time trial last week.  Goodway, putting the final touches to his preparation for the National 10-Mile Championship, blasted round the course in just 21 minutes and 20 seconds, more than a minute ahead of his nearest rival, Scarborough’s Dave Thompson, who came in with 22:41.  Third place with 23:02 went to Mark Grange, riding for the newly formed Richardsons CC.

Malton Wheelers had two riders in Sunday’s National 10-Mile Championship, with father and son duo Chris and Charles Goodway both making the required entry standard.  The ‘10’ has now replaced the 25-mile championship as the Blue Riband event in British time trialling, and with entries limited to the fastest 160 riders in the country it was no mean feat for Malton to get two places.

Chris was just hoping to do a good ride, but Charlie was definitely capable of a high placing if he hit form at the right time.  On the day Charlie was disappointed with his 21:49 for 52nd place, but this was against the absolute top flight of the UK time trial scene and he should be proud to have performed so well in his first national outing at the distance.  Chris also flew the flag for Malton with a very creditable 23:33 for 129th overall.

Both men are making another appearance at the top level when they contest the National 25-Mile Championship in Norfolk on 7 June.

Malton’s Paul Hickman made it third time lucky as he took top honours in the latest event in Malton Wheelers’ evening time trial series.  Hickman, who had placed second in both of the opening events, covered the five-mile course in 11 minutes 41 seconds to take the well-deserved win.  Relative newcomer Mark Devine was the somewhat unexpected runner-up with 11:56.  Devine’s strength showed in the blustery conditions and he took some experienced scalps in the process, including Scarborough’s Mike Potter whose 11:58 was only good enough for third place.  Potter will, however, have taken considerable satisfaction from pushing Malton duo Colin Baldwin (12:01) and Matthew Enticknap (12:11) into fourth and fifth place respectively.

Despite the difficult conditions the event was well attended, including the tandem pairing of Nick and Julie Caddy who, in only their second competitive outing, came home in a creditable 14:06 to avoid the wooden spoon; that particular honour going to Keith Buck with 14:22.

A cool evening presented the riders with a difficult headwind slog to the turn and the blustery return leg may have proved Hickman’s undoing as his rear disc wheel could have offered little help in the choppy conditions.  Third place went to Malton’s Matthew Enticknap who this week put clear daylight between himself and Colin Baldwin after the pair tied for fourth place last week.  Technical issues may also have affected Baldwin’s ride as his choice of a conventional road bike rather than a more aerodynamic time trial machine cannot have helped his cause.  Whatever the reason, Enticknap finished with 24 minutes dead, nearly a minute up on Baldwin’s 24:51.

The evening also saw the welcome return of Gareth Taylor who took a creditable fifth place with 25:41.  Taylor, Malton’s ace climber, has been sidelined since the early season following a training crash: hopefully this marks a return to fitness and the start of his bid to retain his second category road licence.

Scarborough Paragon’s Dave Thompson took a well-deserved win over a full field in Malton Wheelers’ evening time trial last Wednesday.  Thompson covered the five miles in a scant 10 minutes and 44 seconds, recording the fastest time on the course in over a decade.  Although this was the first event in the series, the times were more reminiscent of a mid season race than the series opener.  Malton’s Paul Hickman was second with 11:03: a time that under normal circumstances would surely have been a winning ride this early in the season.  Chris Goodway completed the podium for Malton with a very creditable 11:12, while Colin Baldwin and Matthew Enticknap tied on 11:37 to secure four out of the top five places for the Wheelers.

The new season often heralds a shake up, revealing who’s put in the work over the winter and introducing new faces.  This year was no exception with Tom Atkinson making the switch from MTB riding, and taking an excellent sixth place in his debut ride for Malton with 11:41.  Another newcomer swapping fat tyres for racing ‘skinnies’ was Dave Leaming.  He also produced a good ride in his first time trial event, finishing on 12:27 to tie for eleventh place with old-stager Nick Caddy.

The evening, though, belonged to Dave Thompson and Scarborough, and it will be interesting to see how Malton respond over the season.